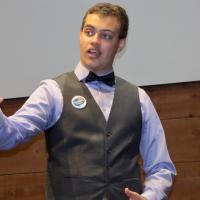 Dexter
Change Maker
Exploring Education Paths for Different People
”The future is scary, and we all need as much help as we can get to prepare ourselves for it. ”
Share:
facebook share
Education

In this episode, Dexter summarizes the college application process and post-college career paths. He describes the different kinds of colleges one could attend and how each person’s school choice should reflect the personalities of each individual. He goes on to also discuss how student loans affect college experiences. Finally, Dexter explains the differences between internships and apprenticeships, and the professional implications related to these types of employment.

Dexter: Welcome to Youth Engaged 4 Change Radio, where youth empower you to improve your life and the world around you. My name is Dexter, and I'm here to talk about college and how you might not have all the information you need.

The future is scary, and we all need as much help as we can get to prepare ourselves for it. All throughout high school, we've had it drilled into our heads once you graduate, go to a four-year university, get your bachelor, then potentially even get your master's, or your doctorate. Now, I'm here to tell you that if there's one thing that young people tend to think about constantly, it's about where to go to college. Now today, I hope to help you with that, and perhaps even increase your vocabulary.

First thing, I would like to give you some stats about traditional college. The average bachelor's degree in the United States costs around $127,000. Now where I come from, being Inglewood, California, most people don't have that kind of money. Naturally, about 70% of students take out college loans and often end up in debt. The average student loan is around $37,000. Now, this is the problem. Colleges in the US have a 40% drop out rate, along with a 64% late graduation rate. So, it's quite possible that you will either need to take out more money, or the money that you spent will just be completely wasted.

Now, as I was talking about earlier, potentially increasing your vocabulary. I would like to introduce you to a word you might not have heard before. This word is vocation, because I'm going to be talking to you about vocational school, otherwise known as trade school. Now, a vocation is really just a fancy word for some form of job, albeit a plumber, a cobbler, a wood worker. It's a career, basically. When I talk about vocational school, or technical school, or trade school, they're all the same thing, don't worry.

So, what is trade school? Trade school, also known as vocational school or technical school, is an educational alternative to four-year university. They teach skills for various "blue collar" professions. They tend to be much more streamlined give that you will be learning about only a single profession, most likely. They also tend to cost much less compared to four-year university. Not to mention, you will get much more hands-on experience in whatever field you happen to choose, along with a much smaller class size. And as people have always talked about so many jobs opening in various STEM subjects, the same could be said for blue-collar workers, like welders and electricians.

Dexter: Now, here's some things you might want to know about trade school. Remember how I was saying that a bachelor's degree costs approximately $127,000? Well, trade school, your degree costs maybe around $33,000. Plus, not to mention, something else you can do which I will explain later. Now you might be thinking, "Well, why would I want to be a plumber? They don't make that much money." Here's the thing, a lot of blue-collar workers actually make much more money than you might think. For example, on average, a plumber makes $46,000 a year, and electricians and steelworkers both make approximately $52,000 a year.

And another great thing about them is, if you wanted to be, a difference between, say a plumber and a gynecologist, the gynecologist has to finish their university, then also go to med school for however long, and are going to end up with a lot of debt. Whereas the plumber can go to trade school and do what I'm about to talk about next; Get an apprenticeship.

Now, internships tend to last around one to three months with potentially an entry-level job, if you're lucky. Apprenticeships can actually last between one and three years. They do also provide college credit, because it is quite likely that you will be going to trade school for whatever, along with your apprenticeship. You can actually be making money while still learning about the thing that you're studying for. So, in the beginning, the plumber, back to our whole [inaudible] about plumber and gynecologist story, the plumber is going to be "out of the hole of debt" much quicker than the gynecologist, because he's going to have a much lower debt, as well as be able to make money much more quicker, and still learn about his craft.

I hope today I broadened your horizons on what college alternatives there are out there for you. Thank you for joining me at Youth Engaged 4 Change Radio today. My name is Dexter, and I hope to speak with you again. Thank you.

Speaker 2: Thank you for joining us for Youth Engaged 4 Change Radio. If you or someone you know is interested in this topic, please visit our website at engage.youth.gov for more resources. 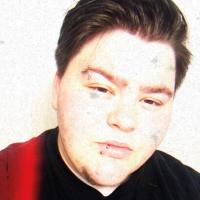 ”I'm the kind of a person that has goals, and I like to meet those goals and then move on. So, for me it's not an actual time period but a goal. ”
Read Full Story

Behind the Podcast: Exploring Education Paths for Different People

Having a Quality Education

The On-Ramp To Employment