Being Kind to Everyone 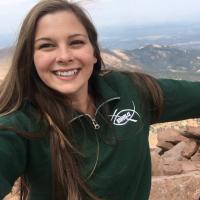 Kaci
Change Maker
Being Kind to Everyone
”Everyone out there is different, you never know what that person has gone through and what they're dealing with.”
Share:
facebook share
Health and Safety
Mental Health and Wellbeing

In today's episode, our intern Molly sits down to talk with Kaci about mental illness. Kaci is a college freshman and an Iowa native. Despite being extroverted to others, Kaci has struggled with mental illness since the age of 11. During her high school years, Kaci dealt with severe depression and later found a lot of help after staying at a rehabilitation facility. Their discussion talks about how important the support of family and a community is during difficult times. Today, Kaci works to spread awareness about the resources available to treat mental illness. Kaci tells her story to remind others that no matter their struggle that they are never alone.

Molly: Thank you for joining to Youth Engaged 4 Change Radio. I’m your host, Molly, from Ohio. Today, we have Kaci from Iowa. Kaci, why don’t you tell us a little bit about yourself?

Kaci: Yeah. Hello. I am Kaci, and I currently am 18 years old, and I am going to college. I just am a freshman in college. I grew up with one sister, and things that I like are hiking and reading, and I really like people. I like to be social.

Molly: Okay, so Kaci, in getting to meet you in February and talk to you a little bit, I've learned a little bit about your story, but I really thought you had an empowering story that I'd really like to share with our young listeners. So tell us a little bit about what your story is and maybe the struggles you've experienced and how that's affected you in your life.

Kaci: Yeah. So I would say that if I look at my life in a big picture, I would say I have a pretty normal life if you can come up what normal is. But I've always been very outgoing, a very bubbly girl, always been involved in everything I can be involved in. And that all got changed when I was a freshman in high school. I attempted suicide, and it shocked everyone around me. And I was lucky enough to survive it and come out the other side. But through that all, I realized I got to learn so much about mental health because I was diagnosed with major depression due to chemical changes in my brain, and it affected my neurotransmitter signals. So nothing environmentally affected me, and so when this happened, a lot of people were like, "Oh my gosh. This girl who everyone thought was bubbly, and she was...". No one ever thought that that would happen to me. I didn't even think that I would ever go through something like that.But it gives me such a different outlook on mental health because we think that we can tell who has a mental illness, and we can't. And that's something that I think more people need to be aware of is that it could be anyone around you, and you won't know because no one in my life knew that I was struggling and that I was dealing with personal things.

Molly: Yeah, that's true and like I said, you have a great story. I love how you put that people don't know who has this mental health problem because it's not something you can see on the outside. It's not like any other health concern or health disorder. It's completely interior and it could just be the girl that's bubbly and appears like there's nothing going on. But I think that's something that as a society, it really needs to be worked on.So moving on a little bit, I know you said this happened a couple years ago but in what ways do you feel like you've overcome this and what did you do to do that?

Kaci: Yeah. So right after the fact, I got sent to a rehab facility, and that was a completely amazing experience in a way because one, it helped me heal so much and it was something I needed to go through. But I got to meet a lot of other students or kids who were dealing with mental illness that ranged anywhere from 8 years of age to 18. And so being surrounded by 15 or 18 other kids and realizing that I wasn't alone and that there's so many more people out there. Because the whole time, as I went through it all, I always thought I was so alone. I didn't think anyone else knew how I felt or even cared about me.

Kaci: And so knowing that there was people out there who loved me and people out there who were going through similar things as me really brought me back to the real world. It brought me back to figuring out where I wanted my life to go. And so since then, it's been a battle to figure out what aspects of life I love that really help push me through. So each day is different since the fact that I now have anxiety and I've been diagnosed with OCD since then. And so I've been dealing with new struggles, but just always realizing know what I'm saying to others and thinking before I speak and realizing the difference that we can make by being kind to those around us. It's really changed my whole outlook on life and what I invest my time in and things like that.

Kaci: Yeah. So when I was going through everything, I definitely gave people warning signs that I wasn't doing good, but really letting those around you, being open to them and letting them know you're not doing okay. Friends or parents or teachers, they're there for you even if you don't think they are. They want to know how you're doing. Going up to someone and being like, "Hey, I'm not doing the greatest, and I could use some help." There's so many resources out there. There's anonymous resources, hotlines and things that people can call, but also there's support around you. Whether you see it or not, people love you and care about and want to know how you are. That's something I realized after the fact when it was too late. I realized it then. So I really hope that other people can realize that before it gets to that point because I would never want anyone else to have to go through a suicide attempt or suicide in general because it's a lot of times, it works out and that's not ... It affects more than just that person. It affects their family and those around them.

Molly: And so our listeners know, the National Suicide Prevention Lifeline is 1-800-273-8255. It is available 24/7. Kaci, thank you so much for sharing your story with us. I think you have a very powerful story that's probably going to help a lot of people, and I know it's certainly has been inspiring to me and just the few times that I've actually got to talk with you and learn a little bit about you. You're a wonderful young lady. Is there anything else you would like to share with our listeners?/p>

Kaci: Yeah, just in general, if I could have one takeaway from this whole thing, just that is that everyone out there is dealing with a different story. Everyone out there is different, and so you never know what that person has gone through, what they're dealing with. And so just be kind to every single person you come in contact with because that way they leave meeting you with a better mindset, thinking before you speak because a lot of people who have gone through struggles in life have trigger words. And so it's really important to be kind and think before you speak and realize that mental illnesses aren't a joke. It's a very serious issue that you can't always identify just based on how someone looks.

Molly: Yeah. Again, I mean I completely agree with you about the trigger words and just being so careful what our words are because a lot of it is just something someone says, and it completely affects how someone sees themself and then how they affect the rest of their life. Again, Kaci, thank you so much. 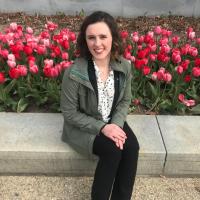 Behind the Podcast: Molly on Her Mental Health Series

Learning How to Refocus

Stay Informed About Suicide— It Could Save A Life