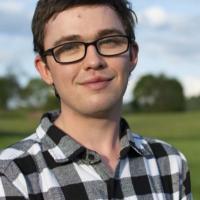 Garrett
YE4C Editorial Board Member
Addressing Housing Insecurity
”If we can identify gaps in our own communities, that's the best way to move forward with an actionable path to change and to actually address the issue of housing insecurity.”
Share:
facebook share
Homelessness and Runaway 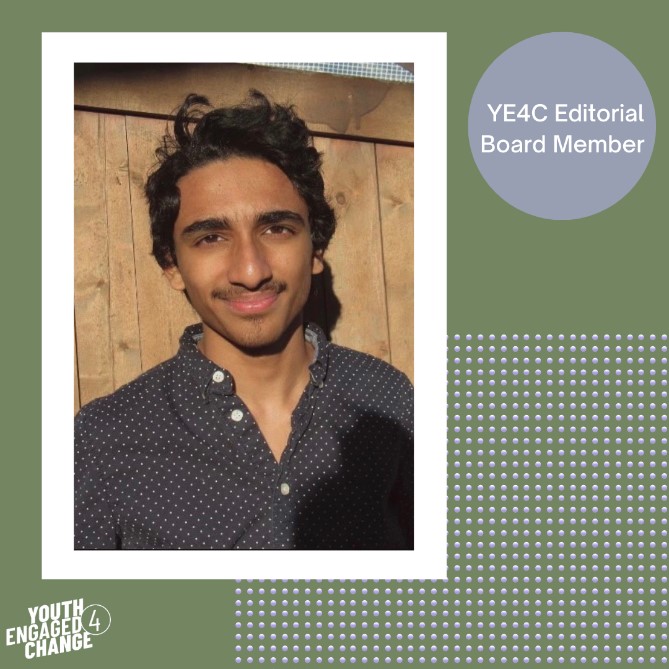 Two of the Youth Engaged 4 Change editorial board members, Akshay and Garrett, sat down to discuss housing insecurity. Akshay offers important information about the housing crisis and explains how housing insecurity can impact other aspects of your life. Garrett provides a first-hand account of what it’s like to experience housing insecurity and the affects it has had on his life.

Watch the video below to learn more about housing insecurity created by young people for young people.

Akshay: Hi everyone, and welcome to the YE4C housing insecurity one-on-one discussion. I'm Akshay, and I'll be hosting this conversation. Without further ado, let's jump right into it. The housing crisis continues to plague the US, and many young people and their families struggle to have proper and sustainable housing due to a variety of issues, including but not limited to economic, racial, and social disparities. Research shows that millions of renters pay at least half their total income on housing. In 2019, 37 million households, which is 30.2% of households nationwide, were spending 30% or more of their income on housing. On any given night in 2019, almost 600,000 people nationwide had no regular place to sleep at night. In 2021, the National Low Income Housing Coalition released a report showing that no states in the USA have an adequate supply of affordable rental housing for the lowest income renters.

Nearly two thirds of low-income Black, Hispanic, and Native American individuals live in high poverty areas. Many who must face these difficult circumstances relating to housing deal with what is known as housing insecurity. According to the American Housing Survey, housing insecurity is a broad concept that involves various housing issues such as affordability, safety, quality, and loss of housing. To make matters worse, people who face housing insecurity often experience poor housing conditions, making them susceptible to various health risks.

Often we talk about such significant issues going on in the country without consulting those directly impacted by these issues. Today, we'll be unpacking the issue of housing insecurity with our friend, Garrett, who has experienced this issue firsthand. Thank you for joining us today Garrett, and being open with sharing your experiences with housing insecurity. Before we get started, I'd love for you to introduce yourself.

Akshay: Great. Thank you so much Garrett. Let's jump into our first question today. How has housing insecurity impacted your life?

Akshay: Yeah. Thank you for sharing that. I think it's really insightful to hear about how it's impacted you at different stages in your life and your development. I think that's a really important takeaway. Our next question we have is, did you have access to resources or people who have helped you overcome or deal with housing insecurity? If so, what were they?

Garrett: I would say one of the biggest and most useful resources from my time experiencing housing insecurity were places of learning in my community. I've attended both the community college and a four year university. I've found that these types of institutions, schools, places of learning, are really good at connecting young people with the resources they need, whether it's just like, "Ah, I need toiletries because I can't afford them," or whether it's actually like, "I need access to some type of social service," or, "I don't have health care." Whatever it is, I find that those types of places are really good at pointing young people in the right direction or otherwise providing them what they need. In a lot of cases, educators and university administrators have many, many years of experience and specialized training in responding to young people who are in difficult circumstances. I think that's really useful, and I would point many young people who are experiencing similar circumstances to me, in that direction.

Akshay: Yeah. I think that's just so important to kind of highlight, because I think many young people may feel lost in dealing with this. I think pointing directly to things that are directly in their community and the places that they go often, such as the library, such as a school, is so important that they can easily access such resources and support in those kinds of facilities. I do thank you for that. Hopefully that can help any other young people.

Research shows that challenges with housing are often accompanied by challenges in other areas of life. In fact, poor health can cause people to experience housing insecurity and housing insecurity can cause poor health. Additionally, renters who are forced to move are more likely to end up in poorer or higher crime areas when compared to those who move voluntarily. How have challenges with housing been related to challenges in other areas of your life?

Garrett: Yeah. Well, I can say firsthand that every time my housing situation has been compromised, so too has my access to healthcare. Not only because the cost of paying for healthcare is sometimes out of reach when you're also worried about where you're going to live and how you're going to afford the cost of living, but also transportation can be a huge issue. In general, lack of access to transportation can really impede, I feel like, your ability to work, your ability to access all kinds of resources in your community like healthcare or social services. Then especially in rural communities like my own, and I know in other communities as well, the digital divide where people don't actually have access to internet and communications is a huge issue. In the digital era, access to healthcare, social services, any type of support, oftentimes relies on accessing internet and having reliable communications, as in a phone that works. When you're housing insecure or otherwise struggling to have resources in general, that becomes a huge issue.

Akshay: Yeah, definitely in this kind of modern day. Especially throughout the pandemic when we saw everyone was heavily reliant on technology, I definitely see that being a huge issue for unhoused communities. Yeah. Last but not least, we have our last question which is, what is one thing that everyone should know regarding housing insecurity?

Akshay: Yeah. I just want to thank you so much Garrett, for all of this kind of insightful experience and this kind of insight that you brought for today. I think it's so important that people are kind of understanding this issue, especially from someone who is affected by it, and also understanding just from your experience with rural areas and housing insecurity as it relates to that. I just want to thank you much for coming to discuss with me today and share your experiences.

To the viewers at home, we hope you're able to take away valuable information and experiences that change your perspective on housing insecurity. For more information and insightful content produced by young people for young people, be sure to visit engage.youth.gov. Thank you everyone. Bye.