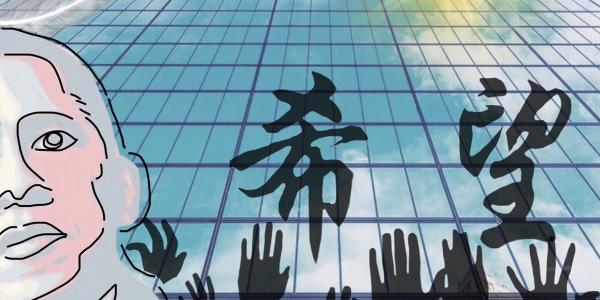 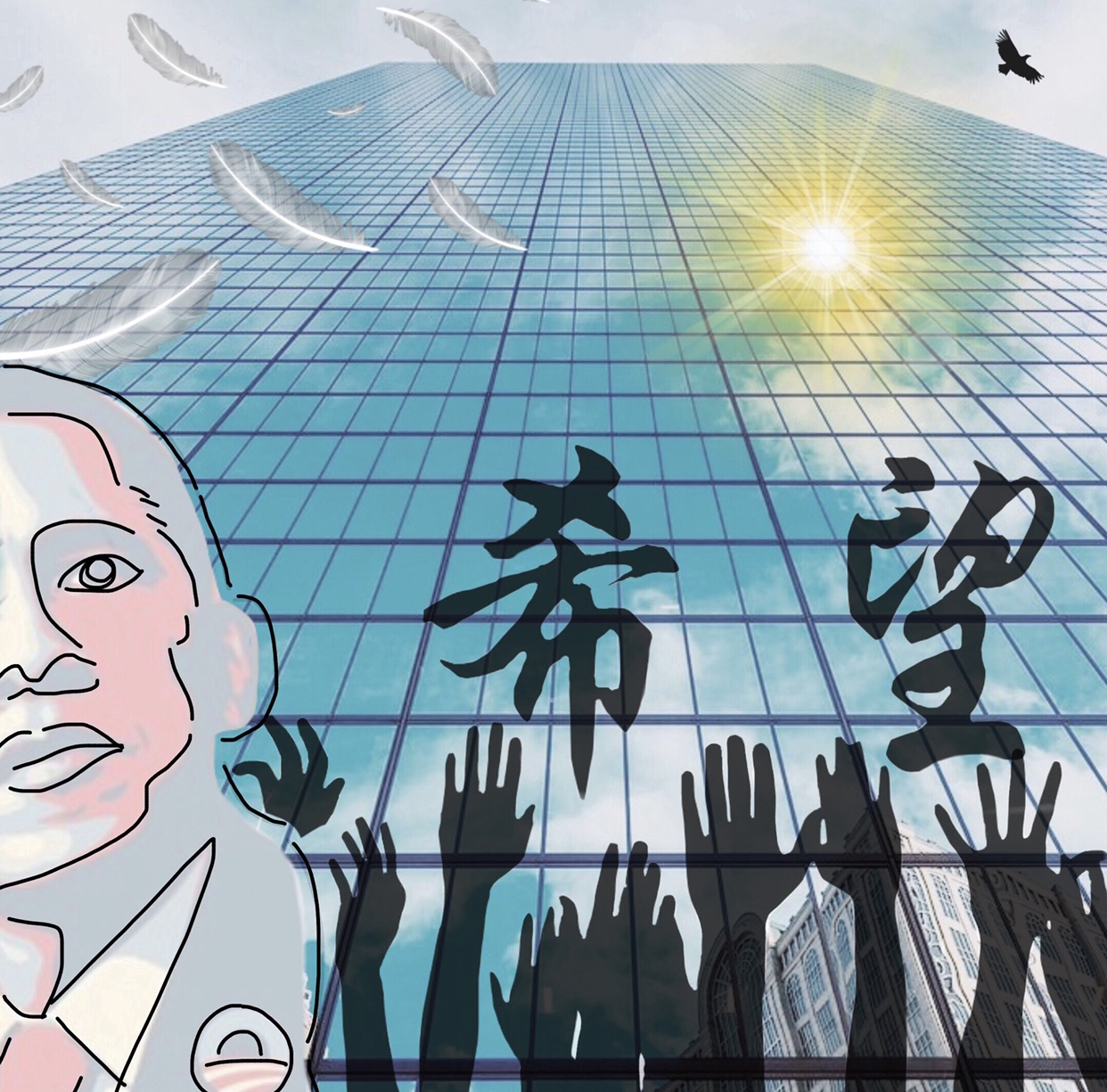 This image is my personal tribute to hope for the future and the uprising of our generation. It includes elements of different political organizations and grassroots movements that have championed hope as a pillar of change and innovation. In the lower lefthand corner, the image of Obama is inspired by his campaign poster that upheld hope as a fundamental foundation that guided his path to election. Coming from such humble and unconventional roots in comparison to his predecessors, Obama was able to persevere through tough times and use his powerful speech and rhetorical skills to win the 2008 election. Behind Obama are hands rising from below. These hands are commemorating the powerful #MeToo movement where hundreds upon thousands of sexual assault survivors found their voices and stood up to the systematic oppression of women. Personally, this movement resonates with me because it exemplifies the power of the unity of women and it gives me hope that someday, women and all other minorities of society, will be treated equally and with well-deserved respect. Throughout my dedication to the cause as an intersectional feminist, actively being in a network of so many inspiring women working towards the same goal gives me hope and confidence that we will most definitely achieve our goal in the near future. Another personal element are the two Chinese characters above the hands. The two characters represent hope and faith in Chinese, or “Xi Wang.” I decided this element was important for me to include because it is a reminder of my personal ethnic roots and the diversity of our nation; my culture and tradition are an essential element of my character and it is important to understand that this is the case for so many other immigrants living in America as well. This melting pot of culture and tradition is what makes America great and has brought us to where we are today. Moving upwards, the glaring sun reflecting off of the skyscraper is an nod to the climate change movement, specifically the Sunrise movement, a movement of young people uniting to stop the climate crisis. With the despairing effects of climate change so blatantly showcasing themselves in our everyday lives, what gives me hope is the even stronger movement of youth backing the fight for climate change. Organizations such as Sunrise, Zero Hour, US Climate Strike, and School Strike for Climate have such an amazingly powerful base of youth fighting for our future that I can not help but feel a sense of hope and pride in our accomplishments and our potential. The feathers floating down from the sky allude to my first personal encounter with the idea of hope. In middle school, everyone in my English class was required to memorize a poem and recite it in front of the entire class. I specifically remember choosing “Hope Is The Thing With Feathers,” finding this characterization especially intriguing having just watched “Horton Hears a Who” where Horton the Elephant walks across a suspension bridge chanting the mantra “I am light as a feather.” I worked hard to memorize the effortlessly uplifting words of Emily Dickinson and proudly reciting them before my peers, hoping they would take the message to heart and give hope a chance. This memory reminds me of innocence and purity, a time where my naivety allowed happiness and joy to breed in my life without the restraint of doubts, worry, and fear. I come back to this memory a lot when I find myself struggling to see the light in certain situations and it serves as a beautiful reminder that hope is always there to guide you through the darkest times. The feathers supposedly belong to the eagle, an emblem of our soaring nation, and a prayer that our national bird will bring us to glorious heights. Lastly, the background. The soaring skyscrapers that seem to stretch on endlessly into the sky and symbolize the endless opportunities here in America. They were specifically inspired by a hit album by Panic! At the Disco about a young pop artist who makes it big in the industry but gets caught up in the fame and forgets where he came from and his purpose. I felt it was important to integrate the image of the skyscraper as a major element of the image because it serves as a constant reminder to stay humble and grounded regardless of your amazing accolades.

Share Your Story: A How-to Guide for Digital Storytelling

Strategic Sharing: How to Make Smart Choices When Sharing Your Story

GOT INSPIRED? READY TO INSPIRE OTHERS?