Learn The Basics of Autism

Learn The Basics of Autism 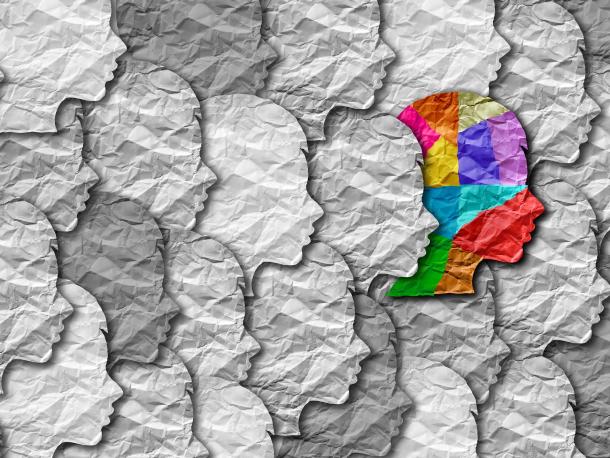 If you’ve heard the term ‘autism’ but can’t exactly describe what it is, that’s okay! It can be hard to pinpoint exactly what it is. However, if you step back and look at the bigger picture, the basics of this disability become much easier to understand. If you're interested in this one-of-a-kind disability, then read on to learn more!

Autism, in its most basic form, is a developmental disorder that changes one’s behavior. It’s called a developmental disorder because it affects your brain at a young age, while your mind is still growing and changing. You can’t tell the difference between those with autism and those without based simply on their appearance. What changes is the way they communicate, interact, and behave when around other people.

Those with autism often struggle to express their emotions and are unable to understand their own feelings or the feelings of others. They may act shy and prefer to be left alone rather than engage socially. They often react, learn, and focus in different ways. Also, they are often unaware of simple cues or easily distracted by ordinary things.

These are only a few of the traits that those on the spectrum possess. Truth is, autism covers a large variety of behaviors. Regardless, each case of autism has the same thing in common: they change how someone behaves when faced with the world around them.

What Are the Causes of Autism?

Autism, for better or worse, cannot be prevented.  It can be found within every group, regardless of race, ethnicity, or social class. While there are small connections here and there that are correlated to autism, none are significant enough to be important.

What Does It Mean to Be “On the Spectrum”?

Because it represents a vast collection of behaviors, autism has gone through many, many name changes. There used to be 5 different types of autism until 2013. That year, they were all combined into a single term: autism spectrum disorder or ASD.

The “S” in ASD was a necessary change. If autism has one unique quality, it’s the range of experiences people have with it. So many different disabilities are covered under the autism umbrella. On the “high-functioning” end of the spectrum, there are those who show very mild symptoms and lead relatively average lives. Some even gain an intellectual benefit from their condition. On the other hand, there are those who have more severe symptoms. Their social and emotional skills are impaired, so they need outside support to maintain their daily routines.

In between these two extremes is a large range of people with different behaviors and different capabilities. Think of it like snowflakes: no two people with autism are exactly alike. Those with autism, like myself, often describe ourselves as being “on the spectrum”, because there’s a greater awareness that our shared condition is more different and varied than it may seem at first glance.

How Can Autism Be Treated?

There is no “one size fits all” treatment for autism. Instead, there are many unique treatments out there, each tailored to fit specific needs for different people. The most effective treatments are called “Interventions”. These are a specific group of behavioral treatments that are used to curb the effects of symptoms before they fully develop.

The most important thing that parents and guardians with autistic children can do is seek treatment ASAP. Early diagnosis, combined with swift and effective intervention, has been found to improve the social and cognitive skills of young children.

While this is great for parents, if you're an autistic adult seeking treatment, there aren’t as many options. But, there is hope. People still see improvements if they find the right therapies and interventions for their specific place on the spectrum. The best place to start is with your physician. Be open and transparent with them about your autism, and they’ll help you craft a treatment plan that’s best for your disability.

A Few Words from CJ…

So, there are the basics! I hope this gave you a better understanding of what it really means to be autistic. My name is C.J., and I've always wanted to write something like this because I’ve lived within the spectrum my entire life. While I’m lucky and grateful to be high-functioning, I’ve also felt the pain of those who don’t understand my disability.

By spreading awareness about my autism, I hope that readers like you become informed and use this knowledge to reach out to those on the spectrum in your life. I can’t speak for everyone, but the moments when my peers lifted me up and accepted me for who I am meant the world to me.

However, we’ve only scratched the surface. In the next few months, I hope to create more articles about the more specific elements of autism. Until then, check out these helpful links below if you would like to learn more. Once again, thanks for reading and stay safe out there.

What is Autism Spectrum Disorder? (CDC)